Since 2008 Highland Council has been publishing wind farm maps every six months; You’ve all seen them on this blog. Scottish Natural Heritage has also been publishing maps, but the last maps it published were back in the mists of time – back in August 2013.

The last wind farm map from Highland Council (of the area I tend to concentrate on) looked like this: 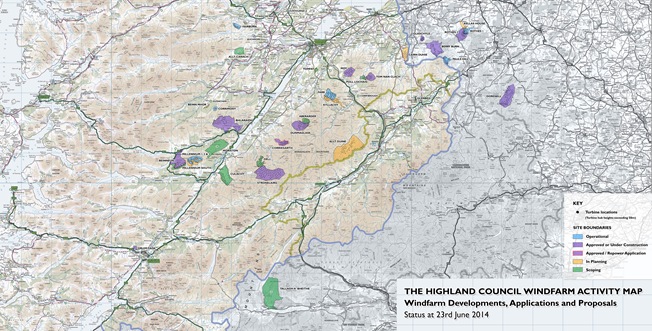 You’ll see that it was published over 8 months ago. We’ve all been waiting for the latest map, to see the industrialisation that is heading our way: So after eight months of hard work, let’s see what Highland Council produced. See below: 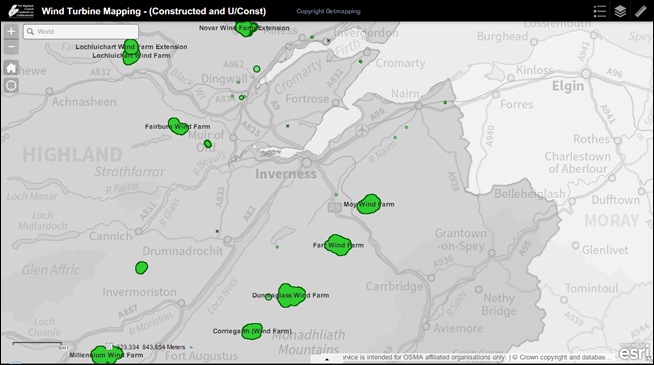 Surprised? I was too.

“Where have all the wind farms gone?” I hear you cry!

It is now an interactive map which you can find by clicking HERE. The map I have shown above is a screen shot of that map.

Highland Council obviously thought that you did not need to know where all the consented, in planning and scoping wind farms are. Why could this be? Surely they are not under pressure from the SNP Government not to publish the maps with an election coming up? Of course not children. The fluffy, cuddly, SNP would never stoop so low, would they? They say they will add in the missing wind farms “at some point in the future.” Yeah, right. After the election.

I did a little digging (not too much, as I’m degenerately lazy) and modified the June 2014 map myself, and came up with this baby. The red wind farms have arrived in the last eight months. Click on the map to blow it up in a new window. 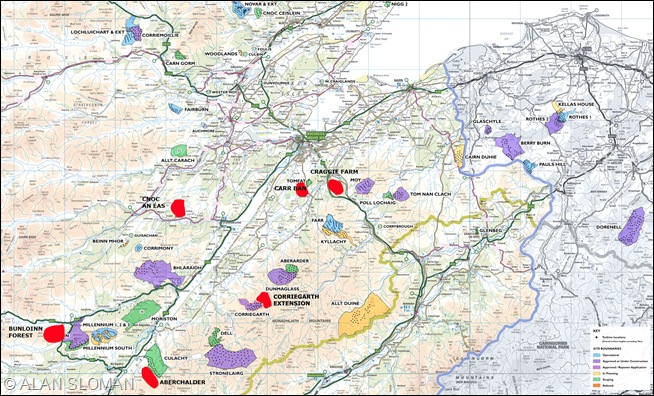 I think you’ll agree that this paints an altogether different picture than the one Highland Council would have you see. In fact, it’s bloody horrendous. Just a couple of points for avid wind farm spotters: 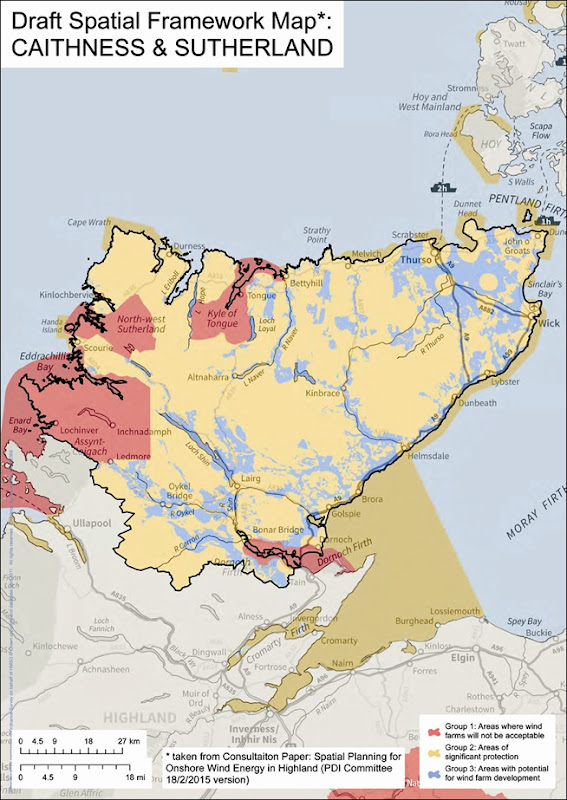 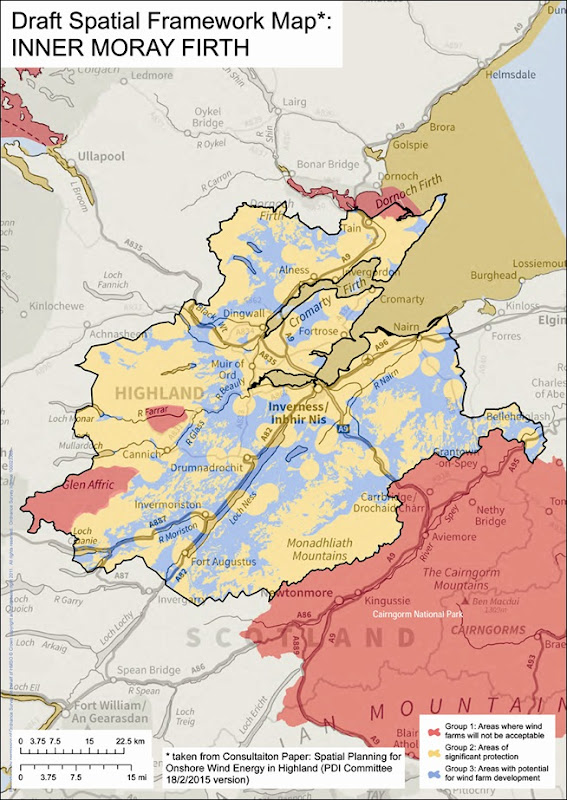 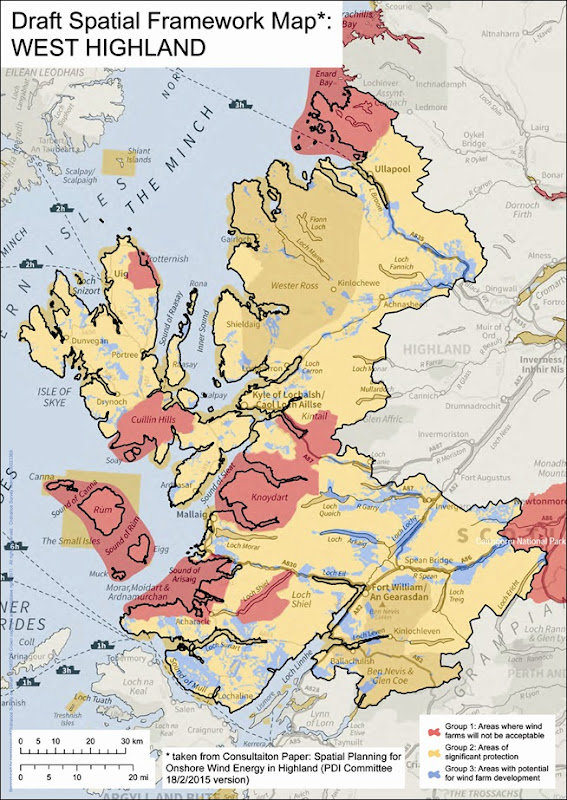 So, what do these maps show? The titles of the maps don’t give us much of a clue. “Draft Spatial Framework Maps” are published as a guide to wind farm developers. It shows them where Highland Council thinks it’s okay to build wind farms.

Take a long, cold, hard look at these maps. Take a look at the areas shaded in a pretty pastel blue colour. These are all places that Highland Council believe it’s fine and dandy to build wind farms. If you thought the map I created was a shocker, it pales into insignificance compared with these babies.

One last thought. Just how, in God’s name, do these maps mesh with the Wild Land Map that Scottish Natural Heritage produced in June of last year? Wild land is to be given additional protection against development. 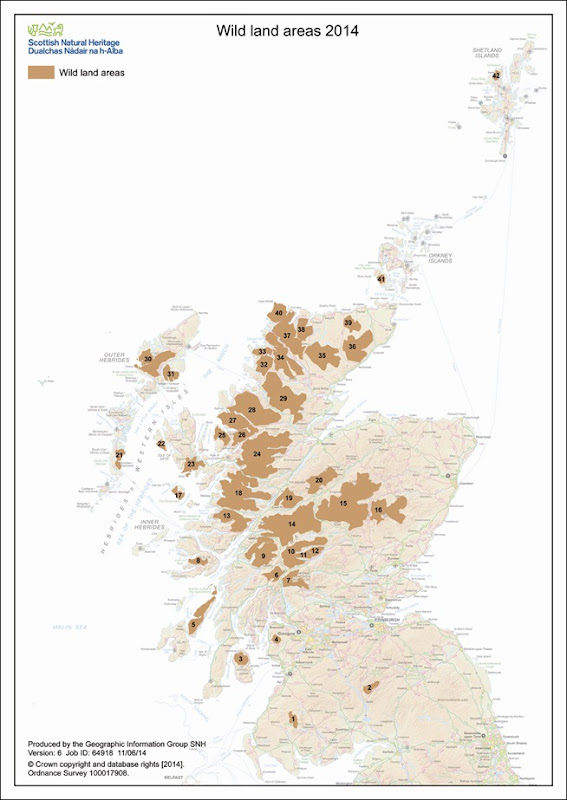 Vote SNP and vote for the complete annihilation of Scotland’s hill country.

Plucked from the ether by Alan Sloman on Thursday, March 05, 2015