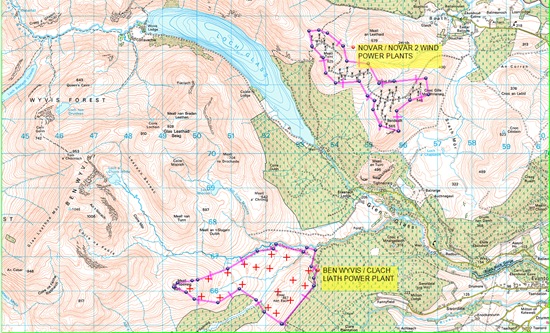 Ben Wyvis, a Munro standing 1046m above sea level, is a National Nature Reserve, a Site of Special Scientific Interest and is also designated as a Special Area of Conservation. 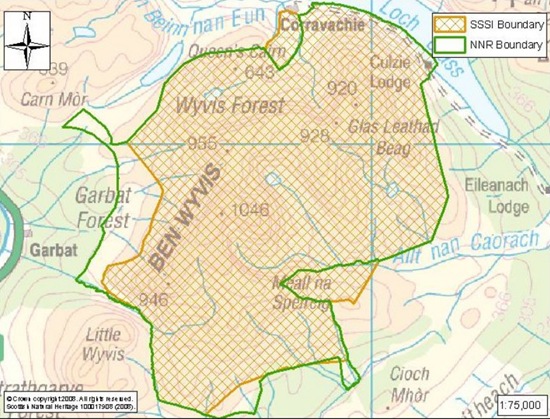 But do Falck Renewables care about this? No. Not a bit of it.

This is what they are proposing: A wind power plant barely 200m from the boundary of the SSSI & SAC. Interestingly, they have named the plant not after the mountain who’s shoulders it sits upon but a tiny spot to the east of the turbines in the forest, whose place name is only shown on the OS 1:25k mapping, Clath Liath: No doubt hoping it would remain a low profile application.

You will note that the first of the 125m high turbines is nearly at the summit of Meall na Speireig and opposite the entrance of Coire Mor, the biggest and grandest of Wyvis’s coires.  This surely is a windfarm too far as it is of a far greater height than the existing Novar turbines (see map above) and much too close to a major mountain.

The Highland Council have announced that there will now be a new consultation, this time at Culbokie on the Black Isle, where many (if not most) of the houses overlook the planned site. Originally of course, these directly-affected people were going to be ignored. The consultation is to take place at Findon Hall, Culbokie on 19th July between 3pm and 7.30pm. 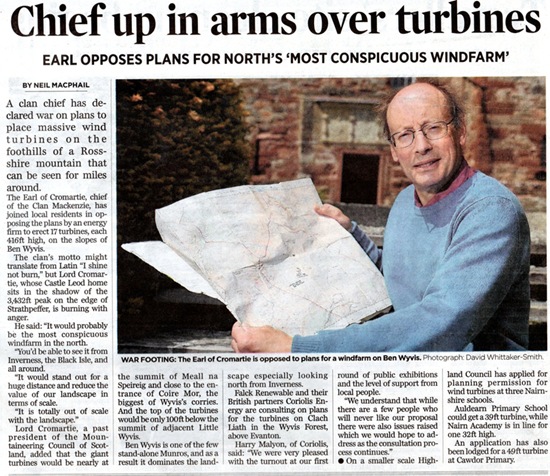 More details can be found on the excellent WindFarmAction Site.