I've mentioned a few times how the modern Ordnance Survey maps can bear little relation to the paths and tracks actually on the ground.  Because of this, when I designed our route for this walk I always took a look at the satellite pictures made available by the mapping software I used - RouteBuddy. Using these I discovered the wonderful route around to Corrour Station, the lovely substantial grassy track in the afternoon after Blair Atholl, and now this morning's walk.

If you're using RouteBuddy or for that matter any software that offers aerial views, I would urge you to do the same. 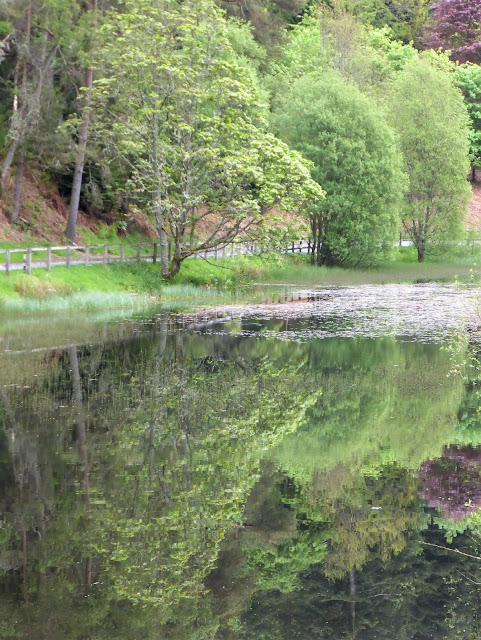 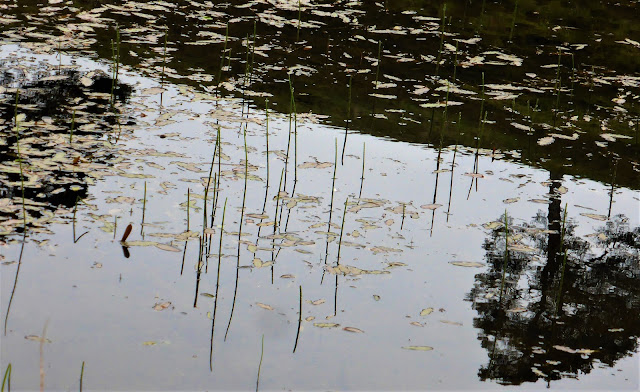 Because we're spending the night indoors today's route is not too long which gives us plenty of time to luxuriate in the first available pub and time enough to get the washing of smelly clothes and bodies done in time for nipping out for some decent food that hasn't been freeze-dried. Today is just 13 miles with very little up and downs. A doddle.

Here's a question I hope someone in the congregation can answer:

Have a look at the next three pictures. What the flying fuck is this about? There were half a dozen birds hung on barbed wire, neatly presented in a row. What sort of sick bastard thinks that this is okay? Just. Why?

Is there a problem with corvids in these parts? If there is a problem, why is it necessary to string the poor creatures up? Frankly, it's abhorrent behaviour. Am I missing something here? Perhaps someone from the Angus glens can tell me why this happens. This is not the first time I've seen this in Angus. I've never seen it anywhere else in Britain.

Apart from the bloody massacres, it's delightful countryside walking in these parts. The hills are now gentler, there are wonderful deciduous trees in new leaf and what remains of the birdsong is delightful. 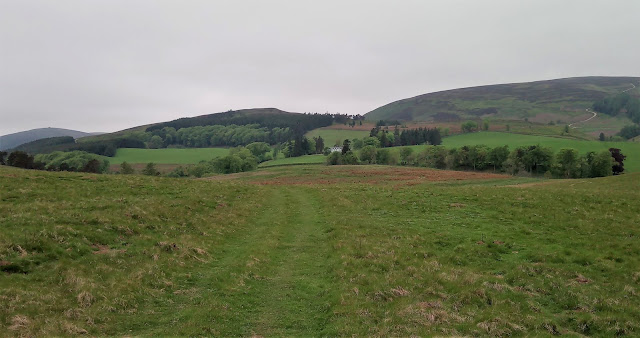 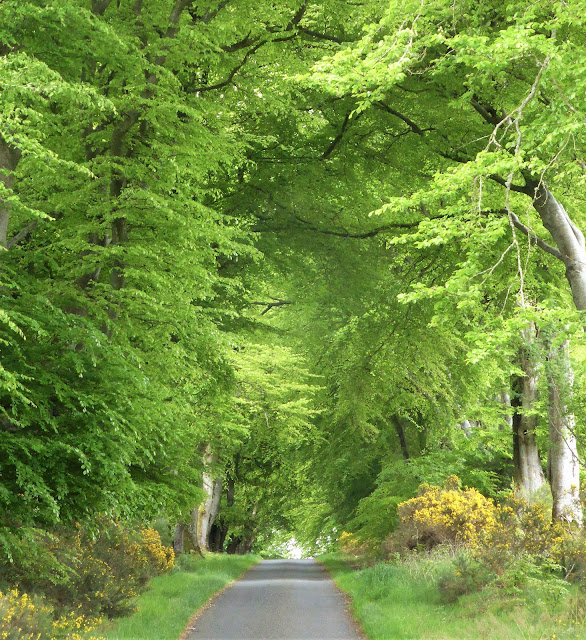 We stop for a break at Fern. It was an unexpected delight on two fronts. The first was not immediately apparent from the 1:50k OS map, but when you take a look at the 1:25k you'll notice that Fern Church is situated in a delightful natural amphitheatre, Fern Den. It's wonderfully sheltered from the westerlies and is a haven of tranquility. The church is built on what appears to be a raised platform within the Dell, and beneath are snuggled lovely red rubblestone cottages. 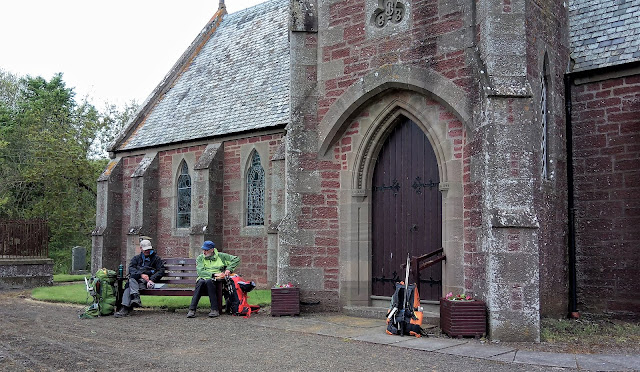 It was while we were having Elevenses on the bench in the churchyard that we encountered our second Fern Delight:

A very elderly couple arrived in the churchyard and very slowly and carefully made their way to one of the well tended graves. After they had laid a lovely bouquet of flowers we fell into talking with them.

The elderly lady recounted how this was the last time they would be laying their flowers as they both now found it a real struggle. She had been born in Fern, in one of the farms below the church. She had moved away to Perth (if I recall correctly) quite a long time ago. Until he died, the lady's father had lain the flowers every year on his own father's grave. When he was no longer able to perform this act of remembrance he had elicited a promise from his daughter that she would continue to do this for him after his death. Today was the one hundredth anniversary of her Grandfather's passing, and it was to be the last time flowers were to be left. She had not missed a single year since her father's passing.

To say we were touched by this story is an understatement. Even now, almost two years later as I write this, I remember this moment with affection. They were a lovely couple.

I'm sure you've all noticed these iron posts at the roadside. They are becoming fewer in number these days as they fall and are consumed by the earth. Modern fencing techniques have made them redundant.

It's not often that I promote accommodation on the blog, but I'm happy to make an exception today. After spending some time in the first pub we came to in Brechin for some rehydration we strolled to our B&B for the night. It was chosen purely because it was *just* north of Northing 60. From the outside, if I'm honest, it didn't look that prepossessing. Inside, however it was delightful. Our hosts were wonderful, and well used to sweaty travellers as they welcome cyclists to their home on a regular basis.

It is warm, comfortable, the beds are lovely and the linen crisp and fresh. The showers are hot and copious, the breakfast gorgeous. Highly recommended! 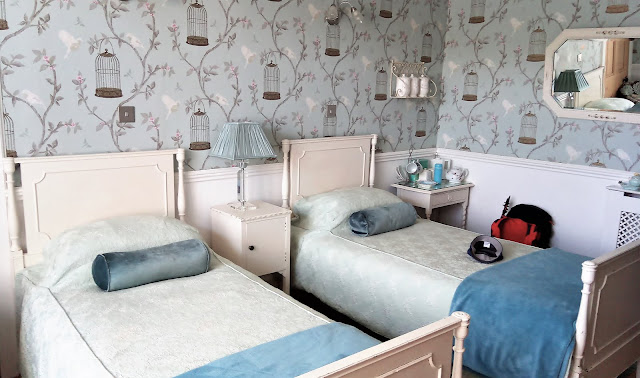 Today is a short dash of ten miles or so to the coast. But first, we have to be extraordinarily careful not to cross the 60th parallel! 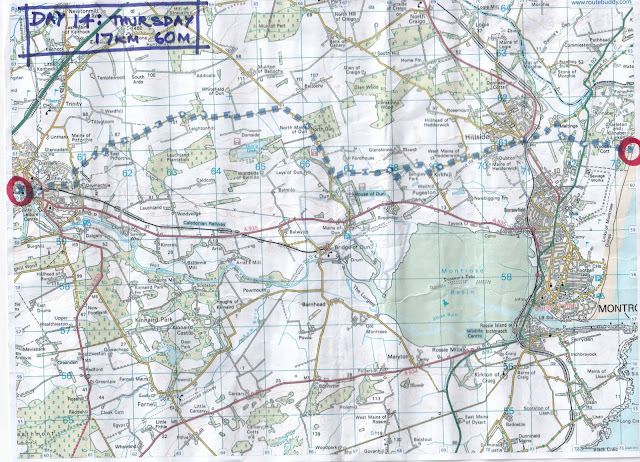 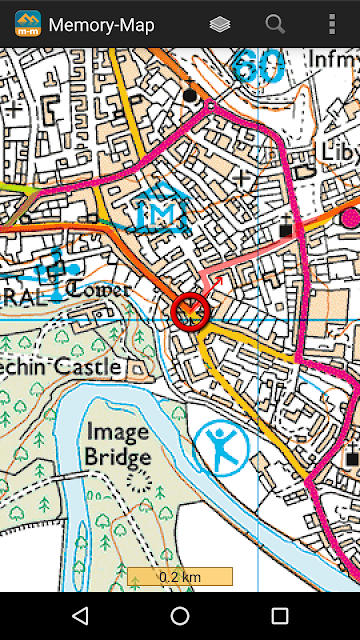 As you can see, we survived. We think we were just twenty metres away from the edge of doom. 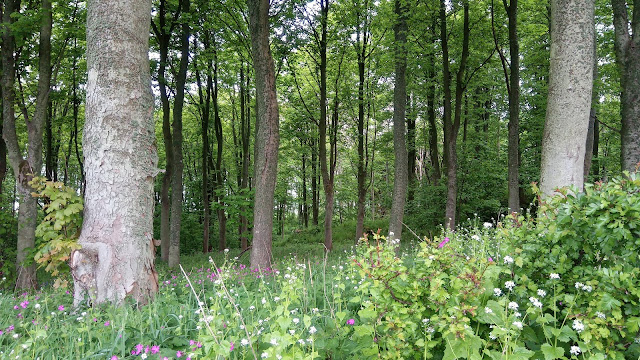 Just before Langley Park we stop for a little Elevenses. Unusually, this isn't to be our normal feast, as we have Charleton Fruit Farm and the Challenge Dinner to look forward to later. We also need to have a jolly good scrute of the maps, as the next little section has always promised to be tricky.


For our walk to the coast I had abandoned my Fjallraven walking tights in favour of the more sartorial secure Mountain Equipment very tough walking trousers. In the circumstances this proves to be an excellent choice. Phil and Andy are wearing their normal summer strides...

The route shown quite clearly on the OS 1:50k and I:25k maps simply no longer exists in real life. Our first hurdle is an incredibly rotten wooden bridge over a broad ditch and then a clamber over a very rotten wooden gate into the biggest sea of nettles I've ever seen in my life. We follow, very carefully, the exact route of the non-existent track with nettles mostly chest high and occasionally head high. I lead the way and I can feel the nettle stings through my very tough trousers. Behind, the pitiful screams are almost unbearable as flimsy summer trews are no defence against the vicious nettles. We cannot see the ground beneath our feet as it is totally obscured by the jungle of nettles, and so we pitch forward alarmingly at times getting a faceful of nettles. 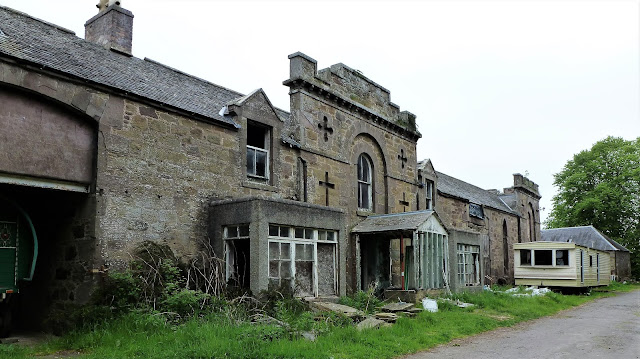 Langley Park is an odd place. Parts still look lived in but the air of decay is all pervading. 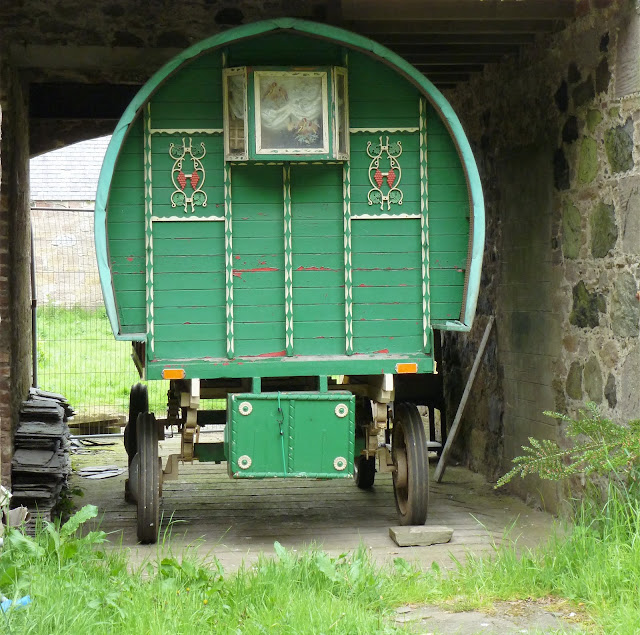 Eventually we are within touching distance of the coast. We decide to go straight to the sea and then enjoy the delights of the Charleton Fruit Farm for strawberry tarts and coffee afterwards. All of a sudden, we're amongst more Challengers than we've seen for our entire trip across Scotland. 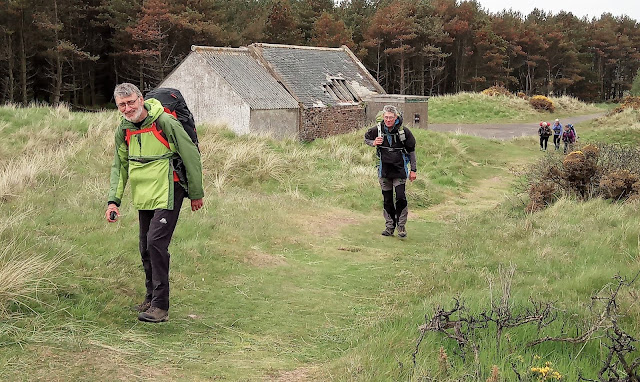 How do I sum up our walk from coast to coast this year?

At the outset, it seemed like a wonderful prank to set ourselves the confines of a ten kilometre corridor, to see if it was a realistic task. Well, patently, it is.

However, there are downsides. We were well aware that we were missing out the glorious coastline of North Ardnamurchan, one of the most achingly beautiful coasts in Scotland. We also had to miss the annual gathering at Lochcallater Lodge. That's a huge disappointment, and one that we'll be putting right in this coming year's crossing. Being so far south, the final few days involved a fair amount of road walking in countryside that Andy found less than inspiring, and in truth both Phil and I also felt the loss, however pretty the countryside and beautiful the birdsong. It's also a walk where you'll be unlikely to meet too many Challengers after Blair Atholl. I wouldn't say it's an ideal walk for a first-timer, when meeting fellow strugglers can be the difference between carrying on or retiring from the event.

The upsides, on the other hand were unexpected and quite wonderful, culminating in the wonderful walk on Day Seven. It has to have been one of my very best hill days in Scotland. The views were top draw, the hills rough and shaggy with a genuine feel of the wild. It's probably not a walk I would have planned on a normal Challenge crossing.

Would we do something similar again? Quite possibly!

No walk is the same without excellent company. Phil and Andy were bloody splendid, once again. Thank you, both of you.

I hope you've enjoyed following us across on our walk. Thank you for staying with us.

Plucked from the ether by Alan Sloman on Saturday, February 15, 2020