The Fife Arms has been a traditional watering hole for the TGO Challenge for nigh on forty years. I can recall over twenty years of wild parties, late night sessions (we were all residents, of course...)  and meeting all the characters of the Challenge within those hallowed portals. We all held the old girl in our hearts as a place of warmth and good cheer.


However, over those years she had become more and more worn out, with ownership passing from one coach company to another, each trying to wring as much cash out of the business with as little investment as possible or none at all. In short, if the hotel had been a family pet, the kindest thing would have to put it of of its misery with one last trip to the Vets.

Miraculously for a knackered Highland hotel a shining white knight came over the horizon in the form of a wealthy owner of an art gallery who fell in love with Braemar and the Fife Arms in particular and so once again the Fife had new owners but this time ones who wanted to breathe life into the hotel and the village.

After years of ripping out rock, structural alterations and extensive refurbishment, the Fife Arms had reopened this year. This was our first look. She was mightily impressive. We had tried to book a table for dinner yesterday evening in the Clunie Dining Room but had failed as it was completely full, which was hardly surprising as it was Saturday evening. As luck would have it they did have a table spare for Sunday lunch.

Phil and I snapped it up.

Of course, this did mean that we would have to miss the annual gathering at Lochcallater Lodge, which we had missed for a couple of years previously due to our routes not going through Braemar. We did feel incredibly guilty about this but as we tucked in to a fabulous lunch our guilt melted away. We have no shame.

For those not familiar with the Fife Arms I've included some photos I've lifted from the Fife's Facebook pages so that you can get a flavour of the place. 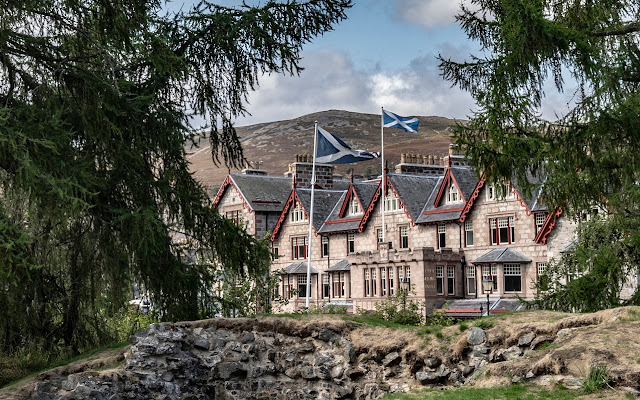 Lunch was bloody wonderful. We were on holiday and so went for it. The food was beautiful and the service friendly and efficient. The wines were perfect. So much so that we retired to Elsa's Bar for coffee and then decided to go for cocktails. I know, I know...

The standard of fit-out and craftsmanship throughout the hotel is superb. For art lovers there's work from Lucian Freud, Bruegel (the Younger), Picasso, Martin Creed, Man Ray and a host of others. You could quite happily spend a few days inside the hotel, before venturing outside to explore the wonders of Deeside. 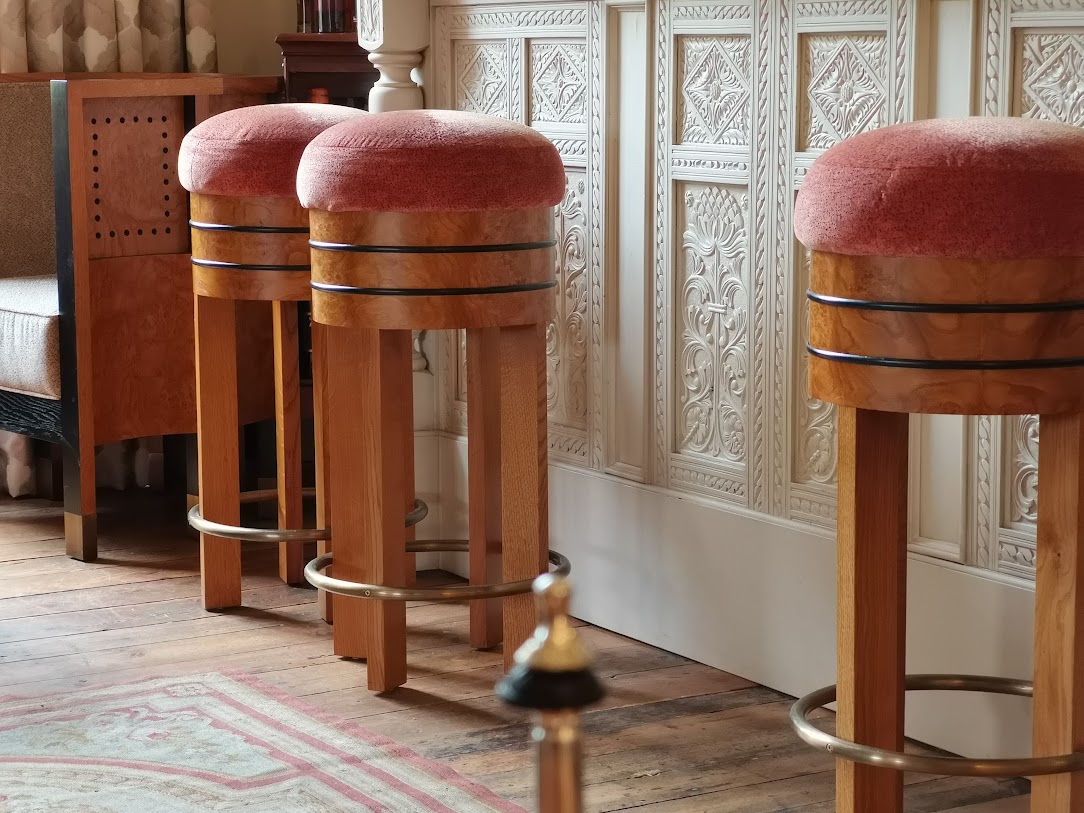 I've always believed that if you're having a bloody good time, there's absolutely no reason to stop. With this piece of life-guidance to the fore after several cocktails we decided to retire to the Drawing Room for Afternoon Tea. A cornucopia of cakey pleasures were presented, admired and accepted, with lashings of Earl Grey. The afternoon was an absolute delight, sat sitting, as were were, beautifully on our behinds, having our every need and foible attended to by wonderful staff.

I remember wondering if I could just manage one more wafer when Lord Elpus froze.

He'd obviously been watching too much David Bloody Attenborough about lizards or some such nonsense because even though we had turned to stone, the apparition pressing its face to the outside of the window could definitely see us. He caught my eye.

I waved the Gent inside to join us for tea. It was great to see Martin, and we generously shared the remains of our cakes and sandwiches. In truth, I could not possibly have squeezed in another crumb.

You see, all this walking is all very well but you have to learn to enjoy the stopping as well. That's pretty important on a long walk as it adds colour, contrast and recuperation, ingredients often forgotten by those rabidly intent on getting to the next destination. I can thoroughly recommend the Fife Arms Hotel for all three. So much so that we had booked half board for our TGO Challenge the next year - 2020 - until it was cancelled by the gaping maw of Covid-19.

These are desperate times.

At some point in the late afternoon we tumbled from the Fife to buy pies and whisky for the remainder of the walk. Phil was also desperate to visit the crackingly good Braemar Mountain Sports shop.

A quick shower and supper taken in the Flying Stag sent us on our way to the presentation in the Village Hall. It was well attended by seemingly the whole of the village.


If you click on the link below you should be able to hear the two brothers describe how the project came about and what was entailed to turn an old lady on her last legs to a front line destination hotel. Well worth a listen!

I recall a few beers in the Fife on the way back to our B&B where Phil very proudly produced his latest purchase from the outdoor emporium. A new Afrika Korps cap. 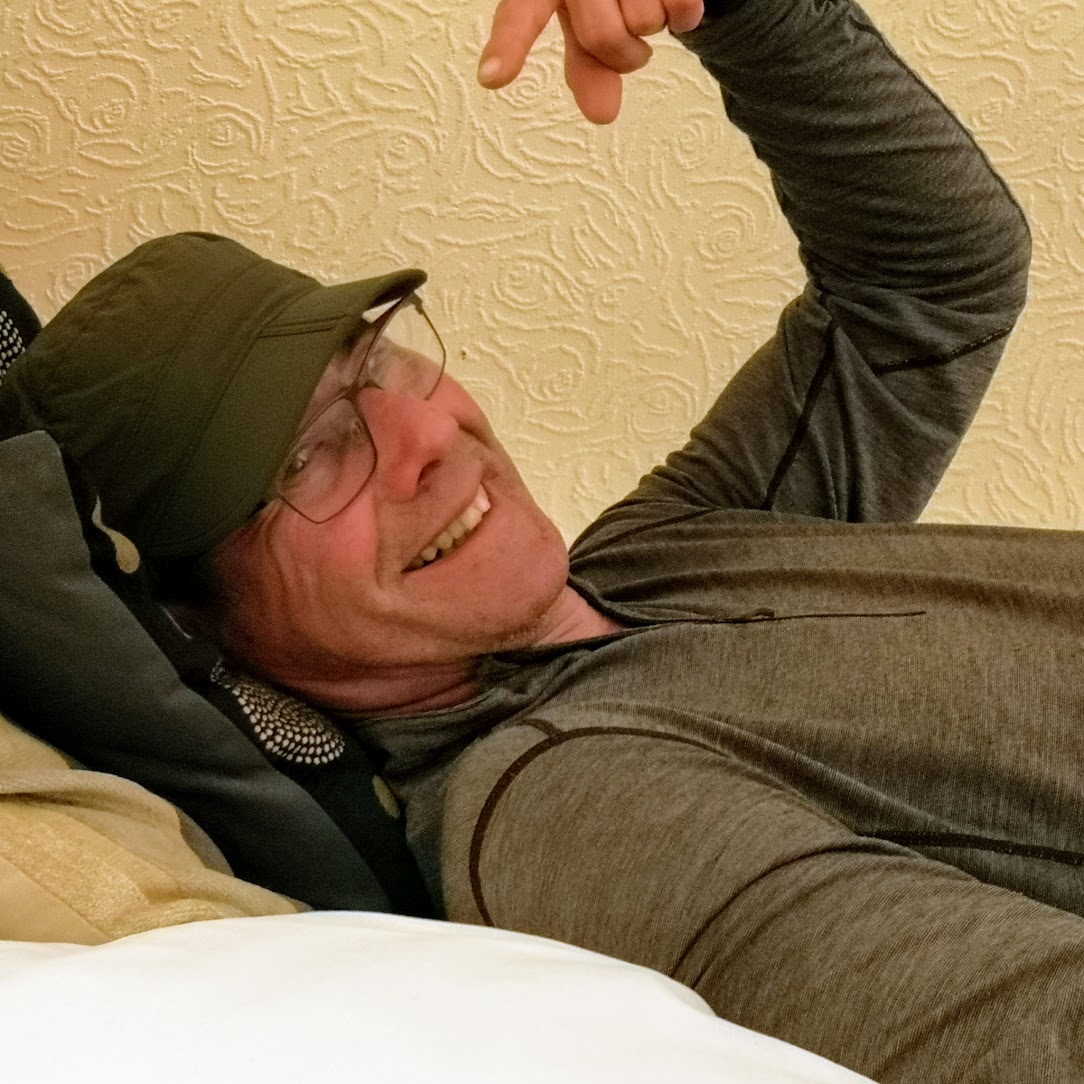