The TGO Awards and an ambitious journalist.

There’s been a lively debate on social media over the last three days about the winner of The Great Outdoors ‘Outdoor Blogger of the Year’ Award. You can read some of the debate in the comments section of my last post HERE.

I wrote in that post “Imagine my surprise when I learned last night that The Girl Outdoors had won this category.” Well, a lot of people were surprised by this result. The blogger, Sian Anna Lewis, wasted no time at all in getting the award onto her blog and her LinkedIn profile. Scroll through her profile; She has a short but impressive work history. Her current occupation is Online Editor for BBC Countryfile Magazine, working for Immediate Media.

Awards are important to young journalists; it helps them stand apart from the rest of the new journalists. Winning awards suggests achievement and promise. They look great on a CV.

Perhaps it was that urge to to have an award that drove this ambitious young lady to go for it. But how do we think that she did it? She’s not on any blogroll that I have seen. So, who nominated her blog and, who voted for her?

I’ll now show some screen grabs taken in the last couple of days.

The first is from twitter and shows that Daniel, of TGO, followed Sian (and her friend Lucy) between 15th and 18th June of this year. 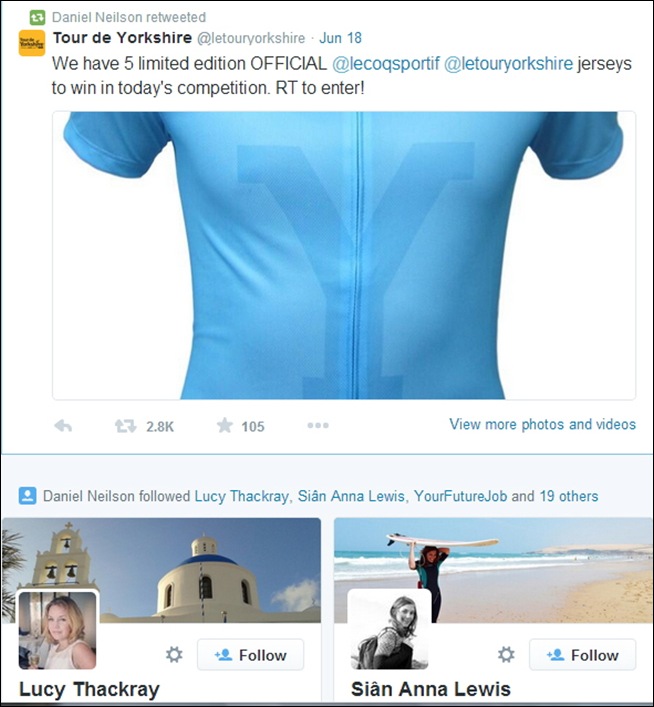 The next screen grab takes in the period 3rd –8th October: 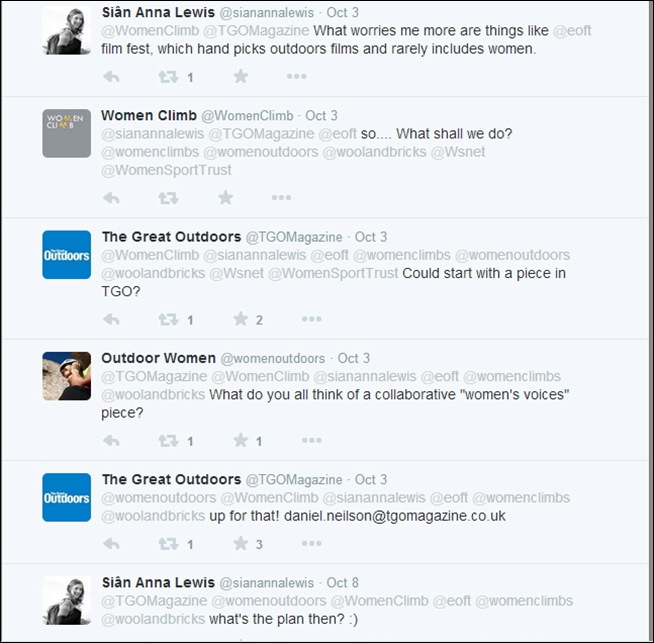 It appears that TGO knew full well who Sian was and so presumably the content of her blog, well before nominations were due to close, which was 25th September. Voting for the award closed on 10th November.

The next consideration is the filtering of the nominations prior to publish the list to vote for. You’ll have noticed there was a choice of ten in each category in the awards. This means that some filtering must have been made; It is not credible that just ten candidates came forward in each category. TGO knew exactly who and what the Girl Outdoors blog was all about and all about the writer (she calls herself “editor of the blog, but let’s not quibble) as it looks as if she (and others) were being offered space for an article in TGO magazine itself.

I doubt very much if readers of TGO voted for her, as their profile is going to be totally dissimilar to her blog’s readership profile. This means that others must have voted for her. But how did they find out about the awards?

There is nothing on the Girl Outdoors blog about the awards leading up to, or during the voting period.

It has also been pointed out to me that there was no limit to the times you could vote. There was no IP Address block that you would normally find with online votes that prevents multiple voting.

It’s all mystery, isn’t it?

Perhaps Sian or Daniel can help us here?