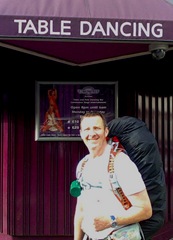 Andrew said farewell to Lucy, hoisted his pack and headed off for his two week trip to London’s seamier attractions. 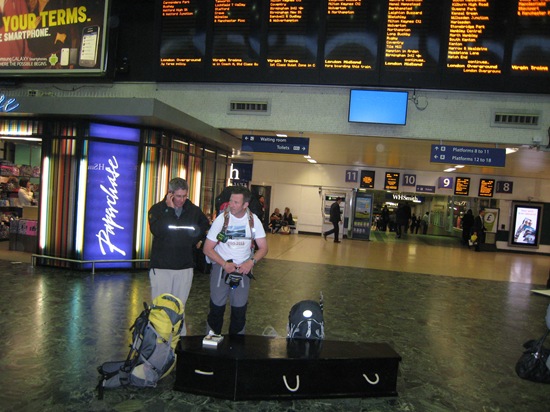 Quite why he needed to take his Whillan’s box-tent along was never satisfactorily explained to the rest of the party. 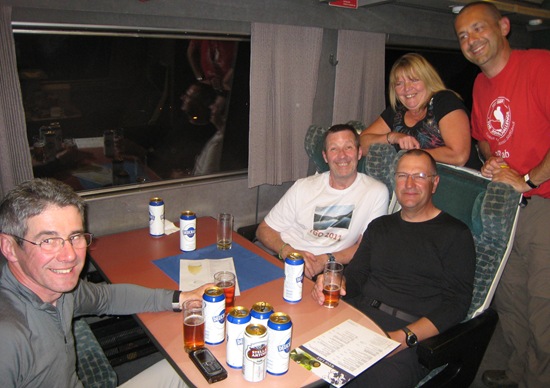 Phil, leading by example, reiterated the importance of being properly hydrated.
Then we slept all the way to Inverness, where we marched about with the box for the photographer for the local newspaper, to get a little pre-publicity for the “Wake for the Wild” . Then it was off on another train to Strathcarron, to complete the important business of hydration until the small hours. It was grim outside so I pinched some floor space from Andy’s room as he was still table dancing somewhere down south in London.
Plucked from the ether by Alan Sloman on Saturday, May 28, 2011